As part of our PSHE work, and to encourage children to learn strategies for keeping themselves and each other safe, we have agreed to participate in the Mentoring in Problem Prevention alongside West Midlands Police. It uses a creative bystander approach to help prevent bullying. It helps children to put themselves in the place of victims and perpetrators and then help their classmates to think about the right thing to do, whilst learning how to keep themselves safe in difficult situations.

The programme was initially created for Secondary Pupils and is called Mentoring in Violence Prevention and the aim is to train pupils to speak out against all forms of abusive behaviours and bullying, whilst learning how to keep themselves safe. It has been agreed that it would be good to prepare children in Year 6 ahead of their transfer to secondary school.

What does the role involve?

Children receive two day training led by the Police and a MVP Trainer, alongside 19 other children, their class teachers and Mrs Ellis and Mr Scott. The children learn to think of resolutions to situations and learn about the rights of a child and how to support peers.

Over the next year, the mentors will then be involved in delivering lessons at least twice every half term, in which they present scenarios to their classmates and then help them to come to the right resolution.

They will help promote positive role models who are empowered to support and challenge peers.

Well done to the MVPs and the Year 6 children on their BBC News appearance. Please click and watch the clip below.

We would like to wish the Year 6 good luck with their assessments this week. We are all so proud of you 😀

Tomorrow (Friday 6th May) will be the Year 3 Egyptian 'WOW' day. 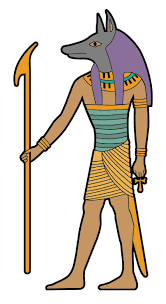